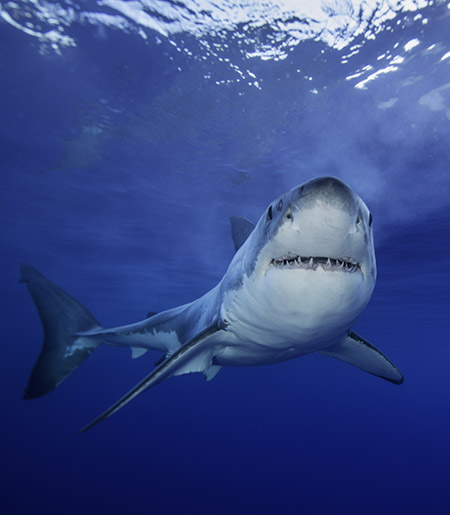 Long Island beaches have been the site of five shark attacks in the last month, and Stony Brook University experts explain why there has been an increase in shark sightings, and what beachgoers should — and shouldn’t — be worried about.

“It’s very common that the shark attack is not fatal,” Christopher Paparo, manager of the Marine Sciences Center at Stony Brook Southampton, told CBS News. “The reason for that is they’re not trying to eat us.”

Shark sightings and attacks are on the rise all along the East Coast of the United States, including in local waters:

Paparo, who is also a member of the South Fork Natural History Museum’s shark research team, said recent efforts to restore local waters off New York City are bearing fruit. “Our ocean beaches, the Long Island Sound, a lot of these places have gotten much, much better in the last couple of years,” he said. “If there are sharks in your area, it means it’s a healthy ecosystem.”

Bradley Peterson, associate professor at the School of Marine and Atmospheric Sciences (SoMAS), told FOX Weather that the sightings could be “the result of some really excellent resource management strategies that have increased not only the shark populations somewhat modestly but also their prey. So this is really a success story for conservation in the ocean, going along the south shore of Long Island.”

Peterson suggests avoiding getting in the ocean during the early morning or late evening and staying clear of schools of bunker fish, which are usually a signal that a shark maybe not too far behind. “They’re there to feed on the bunker; if they bite you, it’s by accident because they were going after fish,” Peterson said. “When you see these bunker schools move by, you may just want to, you know, step out of the water and enjoy the view as they go by and then go back in because those sharks are only going to be attracted to their food.”

Paparo told Newsday that he expects a sighting every week or two this summer, adding that technological advances, like the advent of drones, have made spotting them easier, and social media has made spreading the word effortless. “There are a lot more sharks than 10 or 15 years ago,” he said, citing the cleaner waters. “We’re spotting sharks, whales and dolphins here. In the [19]60s, we did not have sharks, whales and dolphins.”